We went to visit The University of Dayton, which is located in downtown Dayton. 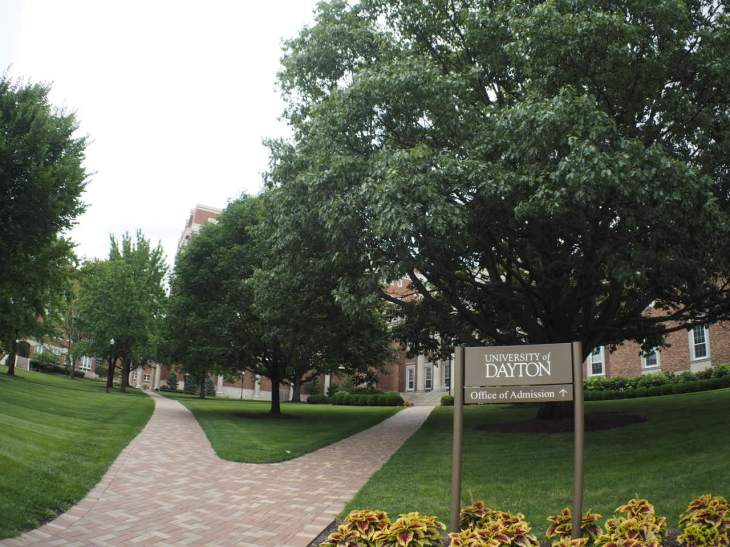 We walked around the campus for a while. It felt lonely since the students are in vacation right now.

Still, it was nice to get to see the place.

Chapel of the Immaculate Conception (AKA, The “UD Chapel”)

I thought this church had a very peculiar design.

It doesn’t seem to be a big chapel from the outside. But once you step in, you notice it’s quite roomy. 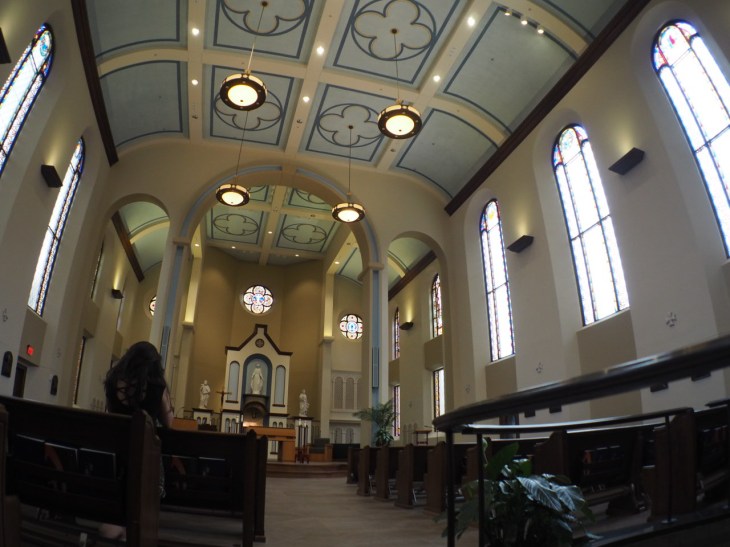 Inside, it feels brighter and cleaner than the usual church. Maybe this is because the inside is predominantly composed of pastel colors. 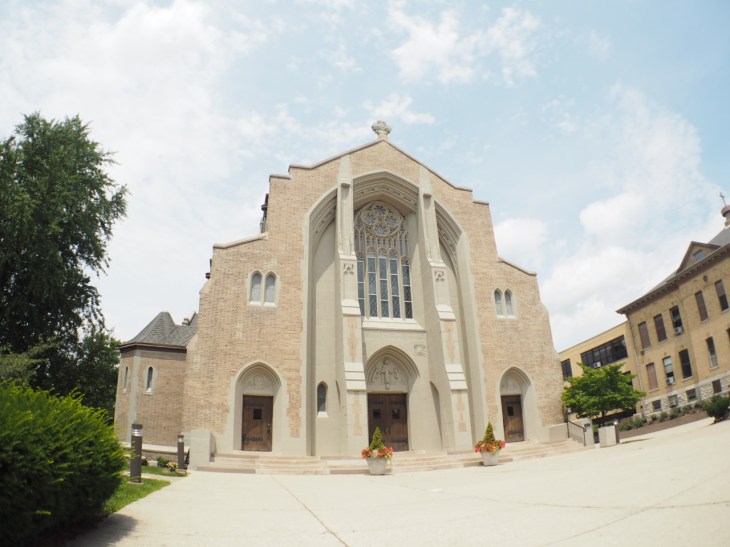 Just under 30 minutes driving from Dayton, we got to this small, colorful town.

There were some stylish restaurants as well.

Each building is painted in different color and decorated in its own way, so when you see the town as a whole, it looks cheerful.

I noticed the LGBT flag everywhere.

The town seemed a little quiet. I guess it’s because it was a weekday.

Anyways, it was a nice sunny day. It felt really good to walk around and see the different stores.

Even the Trash bins are decorated nicely.

This day, we had lunch here in Yellow Springs. And afterwards, we went to the bus terminal where I said goodbye to my friend and got on the bus taking me to my next destination.

(I had a problem in this bus terminal, but I’ll write about it in a different blog post)

Dayton Fun Fact #1: There are quite a few breweries in Dayton. 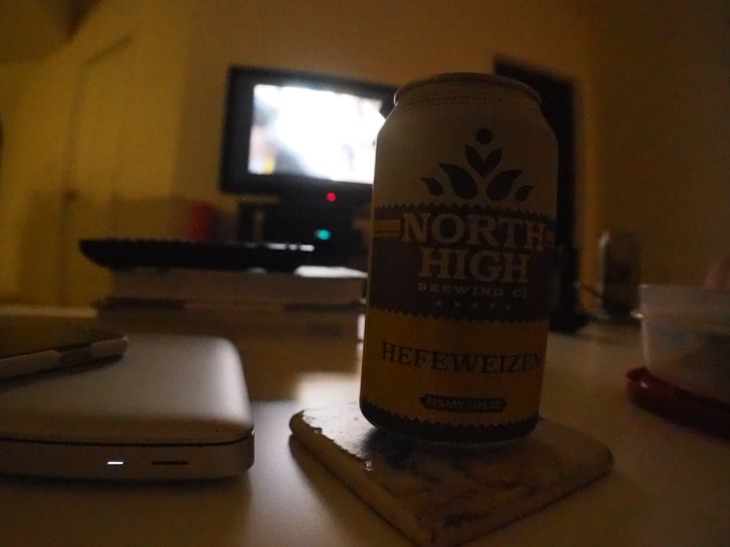 I had the chance to try a few, and my favorite was the “Hefeweizen” from the “North High Brewing Co.”. We didn’t have the time to actually go to a brewery, but if I get a chance to come back to Dayton, that’s one thing I definitely would like to do.

Dayton Fun Fact #2: Dayton has a history of introducing huge inventions to the world that revolutionized entire industries. Some examples are: The cash register, The Artificial heart and kidney, The ATM, The Airplane, and The Yo-yo.

That last example may not be very revolutionary tho.

Dayton Fun Fact #3: Dayton has been very welcoming to many immigrants from all around the world, and because of this you can find many types of restaurants from different countries around the city.

We went to this place called “Yaffa Grill” where they have Mediterranean cuisine. It was my first time trying Mediterranean food, so I’m not sure if the taste was accurate to the real thing, nonetheless it was really good.

Dayton (not so) Fun Fact #4: Dayton is currently facing big socioeconomic problems. Once, it used to be a very prosperous city (hence all the inventions mentioned in “Fun Fact #2”), but the city has been going in decline, to the point that it was kind of noticeable. Downtown Dayton was a quieter than the other cities I’ve been traveling. I also noticed some neighborhoods where you could see badly deteriorated (abandoned)houses lining up.

It was shocking to see a “For Sale” sign in front of a church. I’ve never seen that before. Apparently, the population of the neighborhood where that church is located declined so much, to the point that they had to close the church.

And this, is just one of the many problems the city is facing…

・My friend had told me there isn’t anything to do in Dayton, but I disagree. The Air Force Museum could easily take a whole day to be fully enjoyed, and there are a bunch of breweries, interesting restaurants, and other museums. Also, Dayton is in a spot where it doesn’t take that long to drive to Indianapolis, Cincinnati, or Columbus. So, there’s a lot you could do living in Dayton.

・One problem I noticed was that public transportation isn’t very convenient. There’s no problem if you have a car, but if you don’t, it might be difficult to enjoy the city the way I did.

・About the socioeconomic problems, I’m hoping that the growth of the immigrant population could make a good impact to the city.

・Before I came here, I was just enjoying the sights of the big cities, trying to feel the environment. But after I came here and got to know a little about the situation of the city, I feel compelled to know more about the current situation a city is passing by.

What makes a city become prosperous?

What makes a city become safe or dangerous?

Suddenly, I found myself thinking about these things.